50 gold says a certain psychotic dwarf with a craving for wildlife genocide will pop up somewhere with these guys.

This is one of the three reputations with which you must earn Revered reputation to have access to flying in Draenor.The other two are:Order of the Awakened(A) Hand of the Prophet or (H) Vol'jin's Headhunters.

Reputation earned by killing elite and rare Saberon in Fang'rila, as well as daily quests like Зубы и когти, which requires you to loot 100 Tanaan Jungle Tooth, which can drop from any beasts in Tanaan.

Here is how you can summon them:

The rep grind for this hasn't been too bad. As a night elf with a level 3 trading post, I got 56% of the way through honored after the daily quest and an hour of grinding mobs in a group. I was earning 30 points per kill, and significantly more for killing the rare that spawned nearby (Soulslicer popped up twice while I was there, worth 600 the first kill and 480 the second). We farmed in the small area around Soulslicer, just north of the lake, and dipped into the fel sludge for a dps boost. Our human said he was earning 33 points per kill.My one regret is that I forgot to drop my guild banner, for an extra 15% rep.

They're killing the Saberon because, uh... reasons. Maybe they're not cat people. We may never know.

Oddly enough there is no achievement for reaching exalted with this faction, nor with any of the other tanaan factions.

I went from Neutral to Exalted with Saberstalkers on 6.2 patch launch night. Took about 2.5 hours (as a human with trading post and constantly having epic guild battle standard down--37-38 rep per kill plus 700+ for the Rare).

We camped constant spawns where the rare elite spawns. (Edit: Looks like they nerfed the constant spawns--I recommend following a clockwise path around the zone) Be sure to get your 9 buffs from the green goo.

From going to Neutral to Exalted, I only amassed 683 claws. There's NO way I'm going to camp 5,000 claws for the achievement--let alone that reskinned mount. Edit: They hotfixed the claws and more of them drop per kill now.

Do yourself a favor and wait for this area to be buffed with more claw drops (Edit: which it did!), or wait for next xpac and complete it (Like Isle of Giants bones farming @ level 100).

You can earn reputation with the The Saberstalkers killing elite and rare Saberon in Fang'rila i have made a video there shows where the spot is and how it works https://www.youtube.com/watch?v=puWh2slrE1U

I am hoping to get both mounts and the pet so that'll be like doing the rep grind about 6.5 more times.

The Rep should be harder to collect than the currency imo - but it is what it is.

There is a super-easy way to gain rep by just killing 1 rare mob - Крелл Невозмутимый/krell-the-serene. Hop between servers and kill him untill you have enough rep! I killed him on my server, then i began jumping to other servers with group finder tool and killing him there. I was doing this until he respawned on my server. By that time i've got around +12k rep. Very efficient, may i say. (btw i'm DK 690 ilvl, i could kill him solo w/o much effort, but buffs/flasks/guards from barracks are welcome)

I earned Exalted status with this faction, but I did not received the achievement Дикие друзья... Why is that? Can anyone tell me? Why Saberstalkers not counts as a Draenor achievement?

EDIT: A GM replied to my ticked about this issue and told me that lot of players have the same bug and it will be fixed in one of the upcoming patches.

Осадная машина повышенной мощности from level 3 gnomish gearworks/ goblin workshop can greatly increase your dps in rep grinding(about 100k). Beware: the Siege Engine itself has very few hp, so you need a tank and make sure your Siege Engine doesn't die!

Ok so I went from 250 rep into friendly to exalted last night and I did it in 2 hours and 50 minutes.

I was shocked at how easy it was and how I didn't need an organized group of five guildies or iLevel 700 gear. Here is how it went down.

I am an ele shaman, I specced to resto and Q'd into the group finder for a group that was grinding saber rep. Got an invite from a shadow priest(680+) who had a prot warrior(~660) with him. Us three were there from start to end. The rest of the group was either just the three of us or a random array of sub par DPS.

We went in circles around the entire camp using the priest as the wrangler, he dotted up 5 - 12 Sabers at a time, Warrior rounded them into a small group and we AOE them down. Healing ranged from Yawn-fest to mild. Not hard and remember I am an Ele Sham(671) with all ele gear on in a bad resto spec and it was easy mode for me to keep everyone alive, IIRC there were no deaths save for a ret pally who ran off on his own.

Ok I am getting side tracked... Ok so we are going in big circles rounding up massive packs of Sabers and as you may know there are 4 rares in the area. 2 of them are in caves, one is a neutral saber up a path to the east of the northern edge of the camp(as I recall) and the 4th is the Fel Saberon whose name escapes me at the moment and he is at other side of the lake in Fang'rila. These rares ALL respawn almost exactly 30 minutes after they are killed. Each rare gives between 480 and 650 rep (at least for me, I don't know why the amount kept changing) and each regular kill is 30 rep. Bring your old school guild reward banner that gives you 15% rep and on big packs, if placed right you can get another 200 rep from the banner every ten minutes which equates to something like 3400 rep.

Following this simple method with my semi-geared group of strangers(I will concede that with a fresh 100 tank would make this a painful experience) I went from friendly to exalted in 2 hours and 50 minutes, made about 1000 gold on trash/greens/gold-drops and acquired 1500 saber claws or teeth or w/e they are (saving for the red boar mount)

1. Use group finder to find a group, heal if you can.2. Round up MASSIVE packs of 5 - 12(really as many as you can) sabers and AOE them down (Tanaan garrison airstrike is GOOD here)3. Use a timer so you are at each one of the 4 rares as they spawn (30 minutes respawn timer)4. Repeat.5. Win.

I am now honored with two and exalted with one for the Pathfinder Achieve. If you just wanted to get Revered this would take 90 minutes. Good luck!

If mass, non-stop kill-grinding isn't your cup of tea..(Numbers discussed below are based on using a level 3 Trading Post + Guild Banner, no other buffs.)

Bounce back and forth between Soulslicer and Gloomtalon. Each named NPC does have a few other NPCs near them. However, killing either of the named NPCs (given Level 3 Trading Post + Guild Banner) yields 690 rep per kill. With each named NPC having a roughly 30 minute respawn timer, and the fact each is across the lake/pond from one another, they are conveniently located, easy rep-pinatas. The water also has the chance to spawn Felmouth Frenzy school, from which Felblight may be obtained. Felblight is required to craft Stage 5 and Stage 6 upgrades for WoD crafted gear.

Granted, this would mean 16 hours of literally bounding back and forth between those two named NPCs and a lot of downtime between each kill. However, there are other NPCs along the way which also yield Saberstalkers rep, and given the named NPCs do not "tap," it's a relatively chill way to get Saberstalkers rep.

Also, taking into account the Darkmoon Carousel rep buff (WHEE!), by raw math (untested in live as of this moment) each kill would yield around 759 rep, lowering the time investment of killing these 2 NPCs down to about 14 hours.

remember flying does not come for a while. I am 58.1% according to the wowhead.com/flying and I have only done the weekly quest X2 and the daily one when it comes up X2. I have a hard time grinding the mobs solo so at this pace I am not worried about hitting revered in time for the release of flight. Edit.................I just did the weekly and went from 58.1 to 74.8%, that is a pretty huge jump.

If your working on the Tanaan Diplomat achieve the Vol'jin's Headhunters will be the first to reach Revered and Order of the Awakened will most likely reach it 1 or 2 days later if your doing all the Dailies from your factions fort in Tanaan Jungle. The Saberstalkers will take much longer because you get rep for it from a weekly quest, However you can get rep for Saberstalkers by killing Blackfangs, they are tough to kill so it will only be easy with a hunter but if your guild is willing to help it will be easier. Also you only get 25 rep from the normal Blackfangs however there are 4 Four rares, each rare award 500 reputation. They are Soulslicer, Gloomtalon, Krell the Serene,and The Blackfang. Soulslicer and Gloomtalon are the easiest two of these to kill and Krell is just a little harder to get to than the first 2 if you can't fly yet, but Blackfang is in a main cave and is very hard to kill. So what I did was killed Soulslicer at cords 63/72 multiple time sense that rare is the easiest to get to and he pops back up about every 30 minutes or so:) and so does Gloomtalon in a cave at 62/80.

Kinda wish there was some sort of feline mount associated with these guys.

Quite possibly the quickest way to do this is to use the addon Cross Realm Assist. Stand on the rocks floating in the fel sludge near Soulslicer and just hop realms and kill him. I can solo him at Item Lvl 695 enhancement shaman no problem, might be harder if you don't have self-healing available. 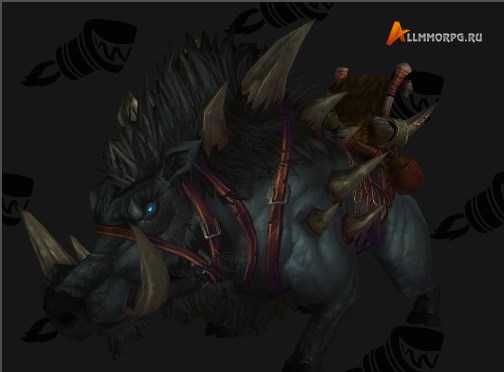 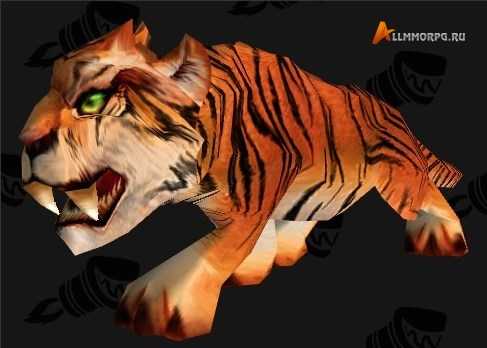 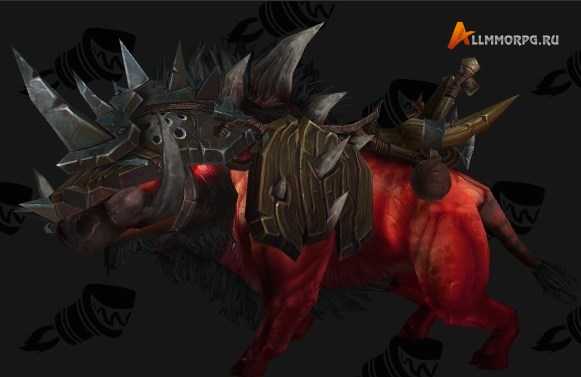 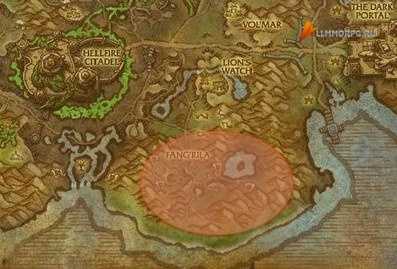